Not Sold on Beer? Some Craft Beers that May Change Your Mind

Remember when you first discovered craft beer? It was like the doors had opened to a whole new dimension of beverages. Gone were the days when you drank the same old beers from the big four; suddenly, you could experiment with something different every week! 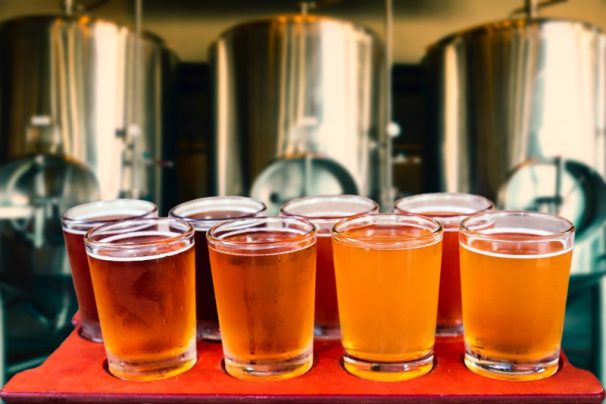 Let’s keep the magic going. Whether you’re a craft beer enthusiast or a newcomer to the world of beer, we’ve identified four unique beers to bring to your next BBQ.

Before pasteurization, sour beer was the norm. Just about every batch was at least a bit sour thanks to the influence of acidifying bacteria. Once brewers starting using specific yeast strains in sterile environments, sour beer fell into obscurity.

But craft brewers are bringing sour beer back, using wild bacteria and yeasts to create beers with layers of tart, funky flavours. Now, you can enjoy a distinctively sour beer without the questionably hygienic brewing techniques of our forbearers.

Today’s sours come in many styles and intensities, ranging from seriously sour to light and fruity. If you’re a fan of fresh Canadian raspberries, roll on over to Nickelbrook Brewing in Burlington, Ontario for a taste of their delicious Raspberry Uber.

Sometimes, the best beers arise from necessity. Call it art from adversity.

Saisons are a diverse category of beers that originated in Belgium, where farmers brewed beer in the winter to keep them refreshed through the following summer. Each summer’s offering would reflect the previous year’s harvest — whichever crops did well would feature most prominently in the beer.

Renewed interest in locally-grown food has led to a massive resurgence in saisons among craft brewers. They tend to be semi-dry, highly carbonated ales with lots of spice and fruity flavour. But like the beers of old, no two saisons are exactly alike, and you’ll find tons of variety in ingredients and intensity.

Try the Hibiscus Saison from Royal City Brewing Co. The hibiscus tea gives it a pinkish hue, and it has a smooth, sweet finish that will surprise those who think beer is only for the bitter.

Thanks to microbreweries and their generous patrons, there are now more varieties of India Pale Ales than you can count. They’re among the most well-loved beers on the market, and just about every brewer has put their own spin on it.

A growing subcategory is that of the grapefruit IPA: strong and bitter, with just a hint of sweet and sour. Refined Fool Brewing Co.’s Illiterate Libertarian is a powerful entry in this realm. This golden beer has a biting 70 IBU and a streak of tartness that sets it apart from your ordinary IPA

Ever tasted a beer so bitter you could hardly stand? That’s the hops doing their magic. Hops are one of the basic ingredients in most beers on the market, giving it that distinct bitterness you either crave or cringe over.

But hops aren’t the only option when it comes to making a bitter beer. Gruit ales forego hops in favour of a mixture of herbs and spices, like sweet gale, wild rosemary, and yarrow. The result is a beer unlike any other — one you’ve got to try if you have a taste for the strong side of beer.

If that piques your interest, Beau’s Brewery in Vankleek Hill, Ontario has something for you. Their Bog Water Gruit Ale combines unique flavours you can’t quite put your finger on, including organic bog myrtle, a shrub native to Ontario and Quebec (we’ll take their word for it).

Category: Blog
Tag: Craft Beer Guide
Popular Posts
We use cookies to ensure that we give you the best experience on our website. If you continue to use this site we will assume that you are happy with it. View Policy
Allow Cookies Reject
Manage consent

This website uses cookies to improve your experience while you navigate through the website. Out of these, the cookies that are categorized as necessary are stored on your browser as they are essential for the working of basic functionalities of the website. We also use third-party cookies that help us analyze and understand how you use this website. These cookies will be stored in your browser only with your consent. You also have the option to opt-out of these cookies. But opting out of some of these cookies may affect your browsing experience.
Necessary Always Enabled
Necessary cookies are absolutely essential for the website to function properly. These cookies ensure basic functionalities and security features of the website, anonymously.
Functional
Functional cookies help to perform certain functionalities like sharing the content of the website on social media platforms, collect feedbacks, and other third-party features.
Performance
Performance cookies are used to understand and analyze the key performance indexes of the website which helps in delivering a better user experience for the visitors.
Analytics
Analytical cookies are used to understand how visitors interact with the website. These cookies help provide information on metrics the number of visitors, bounce rate, traffic source, etc.
Advertisement
Advertisement cookies are used to provide visitors with relevant ads and marketing campaigns. These cookies track visitors across websites and collect information to provide customized ads.
Others
Other uncategorized cookies are those that are being analyzed and have not been classified into a category as yet.
SAVE & ACCEPT