Washing machines are a staple device, whether you have one in your home or have to visit a nearby laundromat. There is no way to avoid using one of these machines unless you want to wash your clothes and bedding by hand, spending hours a day doing so.

For most people, they simply put their clothes into the machine, add detergent, and let the machine wash the clothes. However, washing machines are actually more interesting than most of us might initially believe. 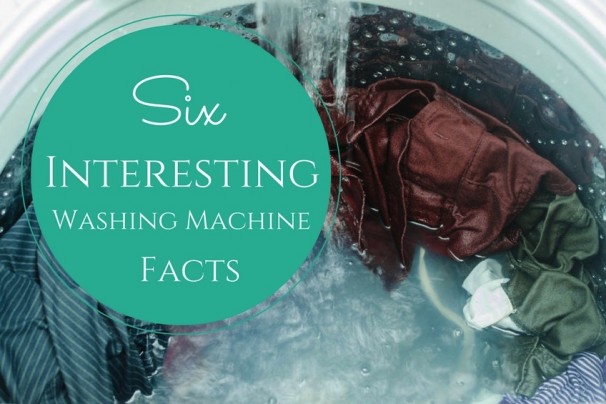 Here are six of the most amazing facts about washing machines:

Vinegar Will Clean Your Machine

If you find your washing machine is not working the way it should—and particularly if you live in an area that has lots of calcium in the water—vinegar is your best bet for a quick and thorough clean. All you need to do is put two cups of white vinegar into your washing machine without any clothes or other detergent and run a regular wash. Everything will be nice and clean after just one cycle!

If someone has been sick in your home, many will recommend running all of their bed sheets, clothing, et cetera through the washing machine. However, do not wash them with cold water (unless it is detrimental to the fabric). While cold water will work for a regular load of laundry, you can kill more germs by washing clothes and bed sheets with hot water. The heat eliminates the germs and minimizes the risk of anyone else getting sick.

Have Been Around Longer Than You Think

Responsible For Your Lost Socks

Have you ever noticed how many socks you and your family lose? Have some simply never turned up again? Some believe your washing machine is the culprit behind most of the socks you lose. In fact, some scientists have even gone so far as to develop a formula they call the Sock Loss Index to figure out why this happens.

Account for a Shocking Amount of Water Usage At one point in time, washing machines were responsible for approximately 22% of the water usage in an average household. As there have been technological advancements, this number has likely shifted. However, washing machines still use a lot more water than most believe, which is why it is important to ensure you do full loads and remain economical with your washing habits.

Played a Role in Women’s Rights

Scholars and many others have long acknowledged the significant role washing machines played in the fight for women’s rights. The invention of automatic washing machines reduced the amount of time women spent doing household chores, which allowed them more time to enter the workforce.