Eggs are a staple in the kitchen, and they have been for a long time. For centuries, people all over the world have enjoyed mixing eggs into fun dishes, or just eating them on their own. Which means, they need to be refrigerated in order for them to be kept in larger quantities or for longer periods of time.

But just how long have eggs been such a crucial part of our diets? Read on to find out the complete history of eggs, some information about storing them, and some new recipes to try.

When Did People Begin Eating Eggs?

Chickens were not around yet in the year 6,000 BC, but their ancestors, the Red Junglefowl, were. It is thought that junglefowl were domesticated for eggs in China already in 6,000 BC, but this date is unconfirmed. Archaeological records confirm that domestication occurred by 3,200 BC at the latest in India, and by 1,400 BC at the latest in China and Egypt. From there, egg-laying fowl quickly became popular among Roman and Germanic peoples. Many of these fowl were not primarily used for egg-laying but rather were used for fighting or for meat.

Domestic fowl did not come to North America until 1493. Christopher Columbus is responsible for bringing them over to the Americas on his second voyage.

When Did People Start Cooking With Eggs?

It is unknown the exact time or place that eggs were first used for cooking, but there is evidence that ancient Egyptians and Romans used eggs in their cakes and breads. It is most likely that they used the eggs as a binding agent. Sometimes the egg-based breads and pastries were served in banquets for noblemen, and other times they were even used as sacrifices to the gods. Check out Danby ranges and microwaves. 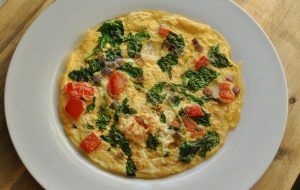 When Did Modern Egg Dishes Originate?

Here are some popular egg dishes that have early origins, but have lasted until today:

Why Did We Start Baking with Eggs?

There are many, many reasons why people may have started baking with eggs, so it is hard to pinpoint one as the key reason. As mentioned above, eggs may have been used in baking as binding agents, and were also an easy food source to come by. Today, we love them because they are so nutritious and delicious. Whether brown or white, all eggs have the same nutrients and flavor, including cholesterol, protein, Vitamin B7, and Vitamin A. These nutrients are critical for helping to heart disease, and make eggs a great way to start the day.

How Do We Keep Eggs Fresh?

While eggs have been around a long time, the ones in the back of your fridge do have an expiration date! To determine if eggs are still fresh, a good rule of thumb is to crack it and check the color of the egg white. A fresh egg will have a cloudy egg white due to carbon dioxide in the egg. Even if the egg is fresh, however, they should never be eaten raw since they can give you Salmonella.

There are a few other indications that a raw egg may or may not be safe to eat:

To keep raw eggs safe in storage, they should be refrigerated at 40 degrees or lower. They can last for 4-6 weeks after the sell-by date, and after that they should be thrown away. To keep cooked eggs safe, make sure they reach an internal temperature of 160 degrees or higher, and never leave egg dishes at room temperature for over two hours. 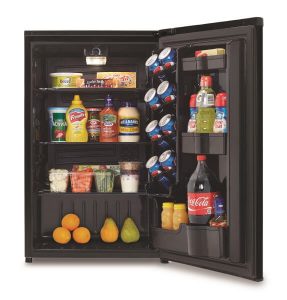 What are Some Modern Egg Products to Use in Baking?

While fresh eggs are good as is, there are many more products to take advantage of nowadays. These include:

Eggs have been used in cooking and baking by millions of people through the centuries, and you can do it too! Here is an awesome omelette recipe from foodnetwork.com that you can make in a microwave. Or, if you prefer, use the same ingredients in a pan, or change up the ingredients to make it your own.

With their extensive history, it is clear that eggs will not be going anywhere, anytime soon. They are a must-have in the kitchen, they can be used in an infinite number of ways, and safe storage is easy to do. With the variety of egg products and recipes available today, there are endless ways to enjoy eggs with any meal!