Home Ways to Give

Over the past few weeks, several media outlets (Toronto Life, CTV News, NPR, the BBC, The Guardian, to name a few) have covered my story.

As you can imagine, my email is now inundated with requests and people asking how they can help. Two ways you can help right now are:

Your support is appreciated.

P.S. I’ve listed here some relevant articles and interviews for your convenience. Take some time now to read about the families you’ll be helping.

TORONTO LIFE — When Jim Estill decided to sponsor 50 Syrian refugee families, he didn’t tell anyone about it at first — not his accountant, not his friends, not even his wife… Full story. 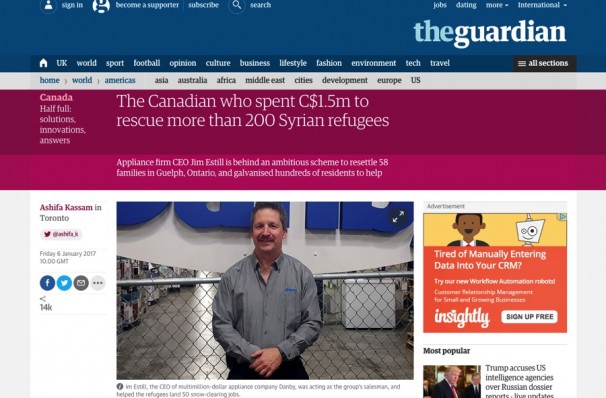 THE GUARDIAN — On a recent snowy Saturday, Jim Estill went knocking on his neighbours’ doors, offering to shovel snow from walkways and driveways for cash. Behind him stood a handful of Syrian refugees… Estill, the CEO of multimillion-dollar appliance company Danby, was acting as the group’s salesman, and helped the refugees land 50 snow-clearing jobs… Full story Opens in new window. 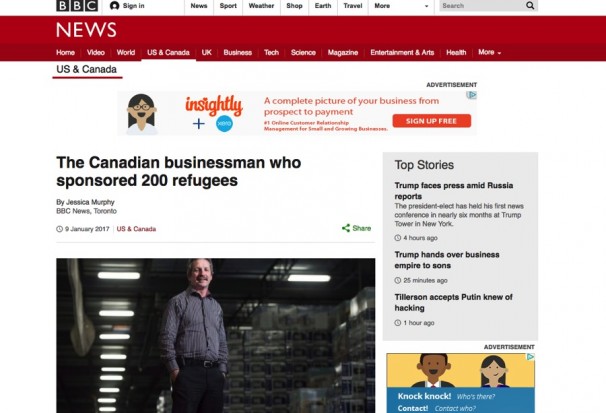 BBC NEWS — One Canadian businessman decided he could do more for desperate Syrians fleeing their war-torn country. So he bankrolled an Ontario town’s resettlement of over 200 refugees… Full story Opens in new window.

Do The Right Thing — Donate Now 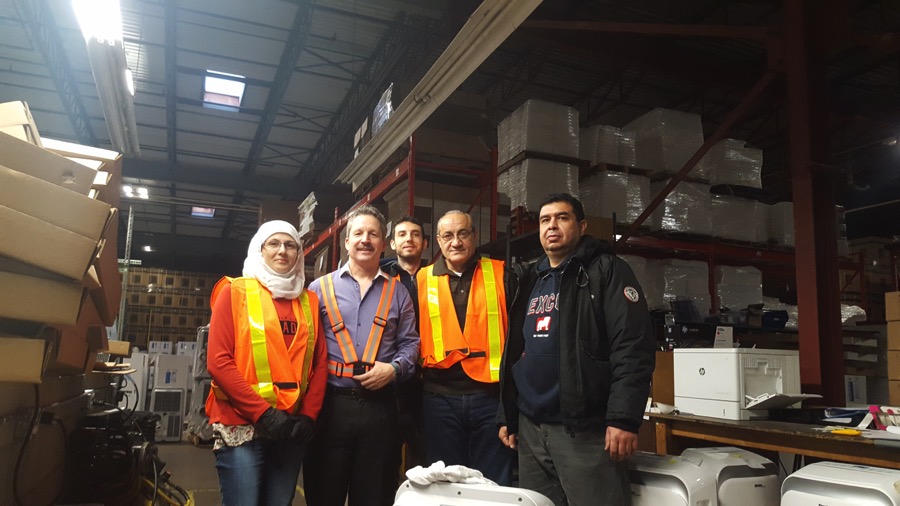