In Toronto, a woman is dismayed to discover the medical device she’d ordered online had been stolen from her front porch within a half hour of delivery. A bike-riding thief in Richmond pulls up to a stranger’s doorstep, lifts the parcel onto his bike, and swiftly pedals away. In Edmonton, a woman is thrice caught on camera swiping Christmas parcels from people’s doorsteps, at one point managing to carry off four precariously-stacked delivery boxes at once.

These cases represent just a fraction of the hundreds of package theft horror stories being reported across Canada and the United States. 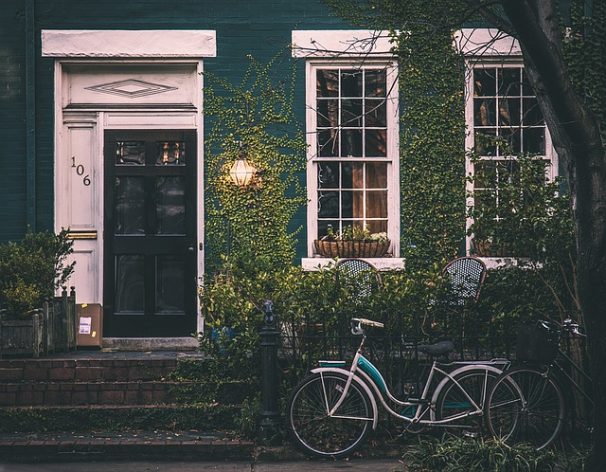 More than half of Americans say they know someone who has been a victim of doorstep package thieves, and a third say they’ve experienced it themselves. Similar stats aren’t available for Canada yet, but it’s clear these incidents are increasingly seen as commonplace in cities across the country.

What We Know About Package Theft

Mail theft isn’t new. For as long as we’ve had a postal system, there have been criminals trying to intercept it for ill-gotten gains. But it’s only recently that this type of package theft has become so widespread, so there’s little in the way of solid stats on how and why it occurs.

What we do know from hundreds of package theft videos caught by surveillance cameras is this: the incidents usually follow a pattern. An ordinary-looking vehicle passes by the house and rolls to a stop. The driver or a passenger gets out, cautiously approaches the front door, and quickly swipes the sealed package. Then, they return quickly to the vehicle and drive off.

Rarely do package thieves take time to inspect the box to gauge whether its contents are worth the risk; for every stolen box containing $550 shoes, there’s another with mundane purchases like diapers or cooking supplies. In one case, an unlucky thief robbed an entomologist of a parcel containing 500 live cockroaches.

These signs point to crimes of opportunity: the parcel is there, the coast is clear, and the thief has an easy getaway.

But not all incidents are spontaneous. Some investigators looking into these package theft horror stories have seen people circling neighbourhoods repeatedly in search of porches with unguarded packages. And a crime prevention officer interviewed by MacLean’s said that some thieves actually follow delivery trucks around and steal packages within minutes of drop-off.

Why So Many Package Theft Horror Stories?

There are two main reasons why we’re suddenly hearing so many package theft horror stories.

First, there’s the fact that more people are shipping and receiving packages than ever. About 80% of Canadians shop online, and they’re buying more items across more product categories. In the United States, 40% of internet users buy online several times a month, and 20% make online purchases at least once a week.

The other factor is the prevalence of home surveillance systems, which have become increasingly affordable and user-friendly. 20% of US homes have one, so it’s no longer a mystery when a package goes missing.

Homeowners, law enforcement and shippers alike are searching for ways to curb this growing problem.

Many people have already taken the step of installing surveillance cameras. Like parcel alarms, cameras are effective in catching criminals in the act, but they do not seem to work as a deterrent.

Another proposed solution is a keyless entry system that give couriers temporary access to the parcel recipient’s house. But that’s a whole lot of trust to place in strangers, and not everyone is comfortable with a system that could leave their entire house vulnerable to hackers.

Package theft is a crime of opportunity. The only secure, reliable way to stop it is to have the courier place the parcel somewhere it cannot be seen or touched. That takes the opportunity — an unguarded package — out of the equation.

The Danby Parcel Guard was made for one purpose: to put an end to doorstep package theft once and for all. It’s a secure, tamper-proof mailbox designed specifically to keep online deliveries safe.

That puts the parcel completely out of sight and out of reach of any would-be package thieves.

The Danby Parcel Guard is still in development, but it’s slated to hit the market by the end of 2018. You can be the first to get updates about the project here.