When you go into a bar or restaurant, do you ask for a draft, a cold one, or a brewski? Do you only buy Tallboys or a Two-Four when picking up your weekend supply? If so, you are using beer slang when ordering your favourite form of libation. Those ones are common alternate names for Canada’s national beverage. You would probably be surprised to learn just how many other beer-oriented slang terms are floating around out there. Here are a few you can impress your friends with at your next party: 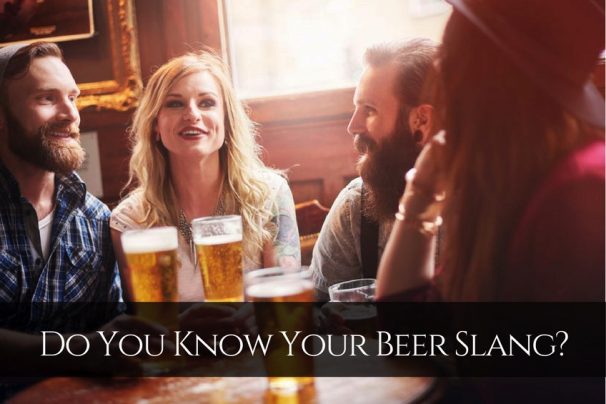 This is a beer you started, but did not finish. By the time you find it, the beer has gotten warm, skunky, and undrinkable (see also Drain Pour).

Not a form of bug you need to watch out for, but something said by people trying every type of beer available to them (i.e. tick that beer off the list).

What happens when die hard beer fans get together and share some of the rarer types in their collection with fellow connoisseurs.

A type of beer that is extremely smooth and tasty, and goes down very well.

Empty beer bottles left over from the night before that sit unattended and unloved (see also Glass Graveyard).

What happens to that sadly neglected beer when you find it beyond saving.

Not a beer so bad that it would kill fish, but the plastic rings that hold six packs of cans together. When dumped in bodies of water, they can entangle and kill fish.

Got a bunch of guests coming over who are not beer aficionados like yourself? You can protect your stash of the good stuff by hiding it behind some fronters, which are run-of-the-mill brands from the Beer Store you put in the fridge in front of the quality brew you wish to hide.

Empty beer bottles arranged into tombstone-like formations and waiting to go to their final resting place.

Craft beer with a higher alcohol percentage than the usual Beer Store fare.

Going to a party where the beer is usually not to your liking? You can take a long a safety beer or two to consume in secret, thus ensuring a decent time for at least part of the evening.

A smaller-than-usual style of Canadian beer bottle first introduced in the early 1960s that held the same amount of beer as the taller style seen today. Molson brought the stubby back to the market in 2017 as an online exclusive.

A DUI means driving under the influence; having too much to drink can lead to a UBI, or unknown beer injury. Ever had so much beer in one night that you passed out and woke up with some cut or bruise you didn’t remember getting? You were the victim of a UBI.

Commonplace beer that spends its time sitting on the sidelines constantly passed over in favour of more popular types.