Danby is proud to confirm that we are 100% HFC free. In fact, we switched over 95% of our products to significantly less hazardous hydrocarbons (HCs), such as R600A, six years before the HFC ban. We were one of the first manufacturers in North America to be 100% HFC free.

When CFCs were banned two decades ago, the phase-out sparked concern about refrigerant cost, availability, and performance. As it turned out, the transition to the first generation of alternative refrigerants went smoothly, and the phaseout of CFC refrigerants under the Montreal Protocol has helped the Antarctic ozone layer to begin to recover.

That first generation of alternative refrigerants included hydrofluorocarbons (HFCs), which had no ozone depletion potential. But, HFCs are potent greenhouse gases with high global warming potential (GWP) and long lifetimes. For example, R-134a (or HFC-134a) is a chemical 3,710 times more potent than carbon dioxide at warming the planet over the near term. Now, they too face international replacement by either hydrofluoroolefins (HFOs) or “natural” refrigerants under the October 2016 Kigali Amendment to the Montreal Protocol. 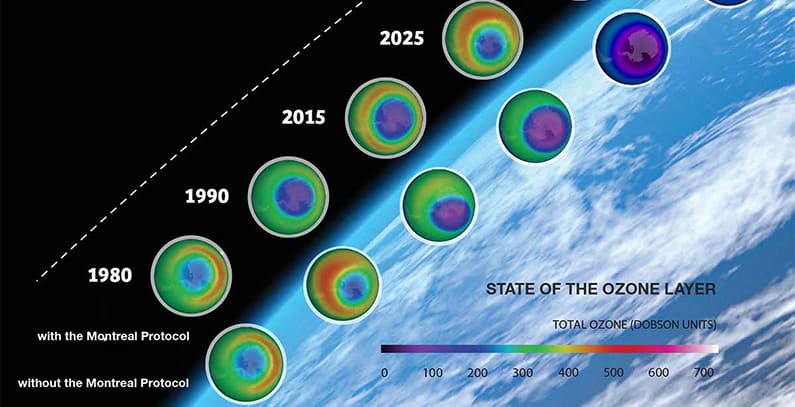 Why the Montreal Protocol is important

The Environmental Protection Agency (EPA) recently announced another run of cuts to hydrofluorocarbons (HFCs), including those commonly used in commercial chillers.

Take a look at the Q&A section below to learn more the acronyms mentioned above, and how HCs the ideal alternative to HFCs and CFCs.

Hydrocarbon refrigerants are environmentally friendly, non-toxic, non-ozone-depleting replacements for chlorofluorocarbons (CFCs), hydrochlorofluorocarbons (HCFCs) and hydrofluorocarbons (HFCs). From a chemical point of view, a hydrocarbon is the simplest organic compound, consisting entirely of hydrogen and carbon. Hydrocarbons (HC) are naturally occurring substances. The majority can be found in crude oil, where decomposed organic matter provides an abundance of carbon and hydrogen.

Which hydrocarbons can be used as a refrigerant?

The following hydrocarbons can be used as a refrigerant in cooling & heating applications:

However, the most commonly used HC refrigerants are propane (mainly in commercial and industrial freezers, air conditioning and heat pumps), and isobutane (in domestic refrigerators and freezers).

What are their main advantages?

Hydrocarbons are one of the most climate-friendly and cost-efficient refrigerants for heating, cooling and freezing:

How does a HC system reduce greenhouse gas emissions?

There are two factors involved: Firstly, using hydrocarbons reduces the Direct greenhouse gas (GHG) emissions. This is due to HCs’ low Global Warming Potential (GWP) of just 3, compared to a GWP of 1,410 for HFC-134a, and even higher values for other chemical refrigerants. Why is this important? For example, from a typical supermarket refrigeration system, 5 to 10% of the total refrigerant charge is emitted to the atmosphere every year. Assuming that leakage rates are the same, hydrocarbons will thus, compared to any other chemical refrigerant currently used, spare the planet tons of greenhouse gases. Secondly, HCs also lower the Indirect GHG emissions by maximizing energy efficiency through a combination of factors, including their favourable thermodynamic characteristics, a higher Coefficient of Performance (COP), and a low condensing temperature. As an example, even when used in a secondary loop Mobile Air Conditioning system – to overcome any outstanding safety concerns – hydrocarbons (propane as the best choice in this case) would still represent a net savings of at least 80% of greenhouse gas emissions associated with current HFC-134a systems.

Where do the HCs used as a refrigerant come from?

Hydrocarbon refrigerants are naturally occurring substances obtained when oil and gas are produced. They are easily available, globally, at extremely low costs.

How energy-efficient are HCs?

Hydrocarbons are more energy-efficient than most conventional HFC or CFC systems. Used in residential air conditioning units, hydrocarbons have been reported to be 20-30% more efficient than synthetic refrigerants. A CO2-propane cascade supermarket system can save around 5% of energy, compared to an equivalent R404a system. In Mobile Air Conditioning, studies hint at a 35% higher energy efficiency than HFC-based MAC. Field tests with large A/C chillers have shown that all energy efficiency measures combined can result in a potential energy savings in excess of 50% for chillers that operate year round, when compared to minimum initial cost chillers that lack energy saving features.

In which applications are HCs used?

Hydrocarbons are suitable for use in the following applications: 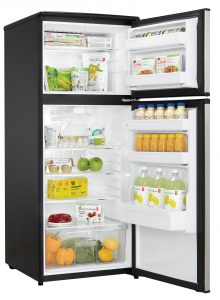 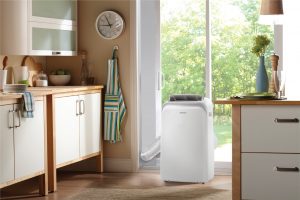 If you have more questions, please click here to head over to hydrocarbons21.com where they have an extended FAQ section and a newsletter you can sign up for to receive up-to-date news!

Click here to download a free “Phase Out” chart to do your part for the environment and the removal of harmful refrigerants from our atmosphere.

Content from this blog gathered from facilitiesnet.com, and hydrocarbons21.com.